Welcome to your top Downey home & LA County real estate resource. Downey is a city located in Southern California that offers a wide range of amenities to fit any lifestyle. Downey, California, located about 13 miles southwest of downtown Los Angeles, is a thriving community of around 111,000 residents. This southern California city has earned its place in American popular culture. It was the home of the Carpenters singing duo and the birthplace of the Apollo Space Program as well as the site of the oldest McDonalds restaurant still in operation and the first Taco Bell outlet. Downey also has an extensive park system and a good economic base. See today's Downey homes & condos for sale & Downey real estate property listings below. Browse our LA County homes, Los Angeles condos and luxury homes for sale by location, size or price and let this website be your regional real estate guide. We would love to be your Downey real estate agent and assist in the home buying process. For information about homes for sale in Downey or to schedule a private home showing, contact your expert Southern California real estate agents today. Read more about Downey real estate.

Homes For Sale in Downey CA

Based on information from California Regional Multiple Listing Service, Inc. as of July 5, 2022. This information is for your personal, non-commercial use and may not be used for any purpose other than to identify prospective properties you may be interested in purchasing. Display of MLS data is usually deemed reliable but is NOT guaranteed accurate by the MLS. Buyers are responsible for verifying the accuracy of all information and should investigate the data themselves or retain appropriate professionals. Information from sources other than the Listing Agent may have been included in the MLS data. Unless otherwise specified in writing, Broker/Agent has not and will not verify any information obtained from other sources. The Broker/Agent providing the information contained herein may or may not have been the Listing and/or Selling Agent. IDX provided by Sierra Interactive.

Purchasing a home in Downey? Call (818) 953-5300 to reach your Downey real estate team, The Brad Korb Real Estate Group. Our local real estate agents will offer guidance to help you through the Downey housing market.

This page is updated with Downey home listings several times per day directly from the Downey, California MLS.

Each Downey MLS listing includes the property price, days on market, square footage, year built, lot size, number of bedrooms and bathrooms, assigned schools, construction type, and other important details as entered by the listing agent in the MLS.

Homes for sale in Downey vary greatly in both price and architecture. Prospective homebuyers will find everything from traditional Tudor and colonial-style homes to mid-century modern ranch-style homes to a few new construction projects. There are even a few semi-detached and apartment-style condos in the area. Most homeowners live in distinct neighborhoods, like the Firestone Boulevard and Lakewood Boulevard/ Gallatin Road neighborhoods, although there are a few new, self-contained subdivisions. Home prices in Downey range from around $450,000 to more than $1 million. Condo prices start at around $250,000. The median home value in Downey is $514,700.

There are plenty of things to see and do in and around Downey. The city owns and manages 15 public parks, including Dennis the Menace Park and Furman Park. The city also manages the city library, the Columbia Memorial Space Center, the Downey Theater and the Rio Hondo Golf Club.Just outside of town is Whittier Turnbull Canyon and the Arroyo Pesadero Trail. Of course, Pacific Ocean beaches are less than 30 minutes away.

It's easy to get around Downey, given the city's close proximity to major freeways. Four freeways, I-105, I-5, I-605 and I-710 pass through or near the city. In addition, the Los Angeles County Metropolitan Transit Authority provides public bus and light rail service between Downey and points throughout Los Angeles County. DowneyLink,operated by the city, provides public transportation within the City of Downey. For trips outside of the region, Los Angeles International Airport is less than an hour's drive away and offers regular, non-stop service to more than 175 cities throughout the United States, North America and beyond.

Downey has a solid economic base. Just a few of the city's major employers include Kaiser Permanente, Stonewood Shopping Center, the Downey Unified School District and PIH Health Hospital.

The greater Los Angeles area is home to a number of festive annual events. Downey hosts an International Food Festival each year as well as a Greek Festival and German-style holiday market. Nearby Long Beach is home to the Patchwork Indie Arts and Crafts Festival and the Whittier Walnut Tree Festival in Whittier is a popular attraction. Downey also hosts a downtown farmers' market each week during the growing season.

There's no lack of cultural activities in southern California. Downey is home to the 750-seat Downey Theater, which hosts a full schedule of musical, dramatic and artistic performances throughout the year. Nearby Long Beach is home to the Long Beach Symphony, the Long Beach Art Museum, the RMS Queen Mary, the Aquarium of the Pacific and the Carpenter Performing Arts Center, just to name a few attractions.

School age residents in Downey attend the public schools of the Downey Unified School District. The district, which has an enrollment of around 23,000 students, owns and manages 20 schools--13 elementary schools, four middle schools and three high schools. In addition to the public schools, there are a number of private schools in the area. These include Downey Christian School, Pius X Catholic High School and St. Mark's Elementary School.. For post-secondary education, Downey is within a short drive of a large number of colleges and universities. Among these are Cerritos College in nearby Norwalk and Whittier College in Whittier. The University of California at Los Angeles (UCLA) is just 10 miles away and the University of Southern California (USC) is just 10 miles away.

Connect with The Brad Korb Real Estate Group to learn more about buyer or seller representation. If you're selling your Downey home, review our market analysis page to discover the possible resale value of your property!

Search Homes For Sale in Downey 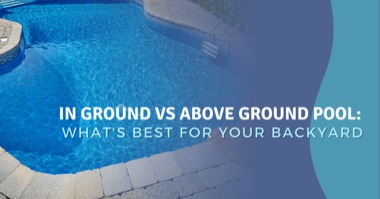 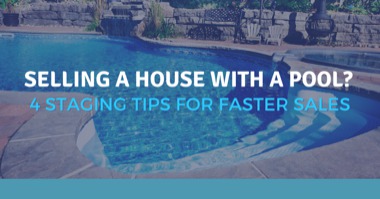