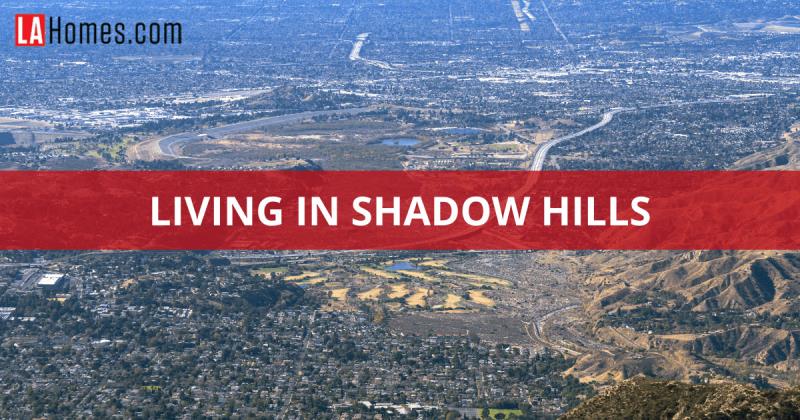 Nestled in the foothills of the Verdugo Mountains, the Shadow Hills neighborhood lies in the northeastern San Fernando Valley. Shadow Hills is a part of the greater Los Angeles Metropolitan Area known for its horses and equestrian facilities.

The sparsely populated region has many luxury homes and new construction homes for those wanting to move to the area. With scenic views from one of the many hiking trails in the area, Shadow Hills is also an outdoor lover's dream, especially with the Angeles National Forest being so close by.

With a semirural lifestyle, Shadow Hills, in Los Angeles, provides its residents with serene living amongst the foothills of the nearby Verdugo Mountains. The Shadow Hills lifestyle is way different than the high-paced living in Los Angeles to the south.

One of the biggest things that Shadow Hills is known for, though, is its horses. Surrounded by rugged mountains and hills, Shadow Hills is the perfect place to raise and keep horses of all breeds. Sprawling over 12 miles of hilly and mountainous terrain, the Shadow Hills community is dedicated to one thing: giving homeowners a rural lifestyle.

This is best expressed by the many large lots dotted throughout the area, many with barns and stables designed to support the equestrian lifestyle that its residents love so much. The site is also covered by an intricate web of trails created for riders and hikers alike easy access.

But there is more to Shadow Hills than just barns and other horse farm-type structures. Also found in the area are many Midcentury Modern and different home styles, all located on smaller plots of land. The close-knit community of Shadow Hills gives off a rural vibe while being within easy reach of the comforts of urban society.

While Shadow Hills offers a slower-paced rural lifestyle, that doesn't mean it's removed from the thriving Los Angeles economy. Shadow Hills residents enjoy easy commutes to some of the best jobs in the city.

One significant set of employers are the film studios found about 20 minutes away in Burbank, CA, to the south of Shadow Hills. These studios include the Walt Disney Studios, Warner Bro. Studios, and The Burbank Studios, among many others. Residents can also find work at one of the many businesses associated with the film industry, including Quixote Grip & Lighting, Cineworks Lighting and Grip, and Dynamic Rentals, to name just a few.

For those looking for employment in other industries, residents can find work at one of the many area colleges, such as the University of California Los Angeles, University of Southern California, and Glendale Community College, among many other institutions of higher learning.

Residents looking for a career in the medical field have the option of one of the many medical facilities that dot the region, including Pacifica Hospital in nearby Tujunga, CA; USC Verdugo Hills Hospital in Glendale, CA; and Los Angeles County + USC Medical Center in Los Angeles, CA. 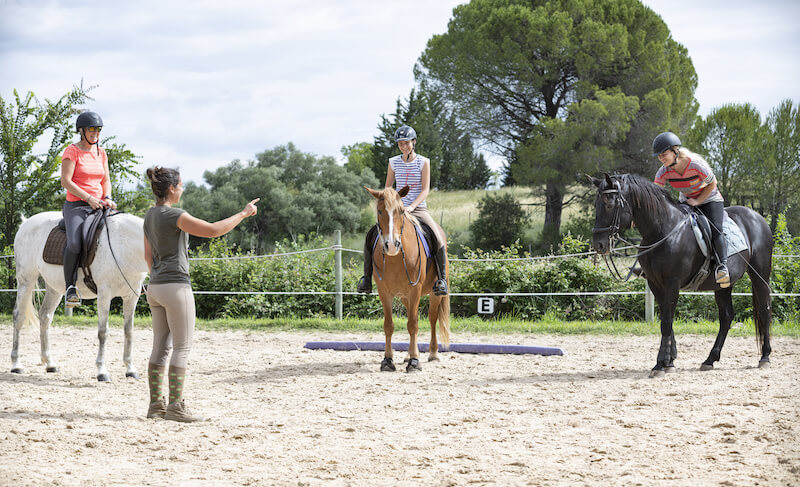 The equestrian amenities found in the Shadow Hills area include area stables, horse supply stores, and riding trails. When it comes to equestrian boarding, some of the available locations include the Shadow Hills Equestrian Center, Fortissimo Farm, and the Hansen Dam Horse Park.

Residents can visit East Valley Feed & Tack, Damoor's Tack & Feed, or Valencia Sport Saddlery for horse supplies. Area trails include those found at Lopez Canyon Park and the riding trails located within the Angeles National Forest, and many others.

The Shadow Hills community has many different neighborhood shops and businesses offering residents grocery items, retail goods, and other services. When it comes to grocery stores, Shadow Hills residents can visit the local Ralph's supermarket, Smart & Final, or Food4Less.

As a part of its mission, the group initiates a neighborhood watch program and community beautification programs. It communicates with local law enforcement and first responders to help protect the public safety of anyone who calls Shadow Hills home.

Things to Do in Shadow Hills 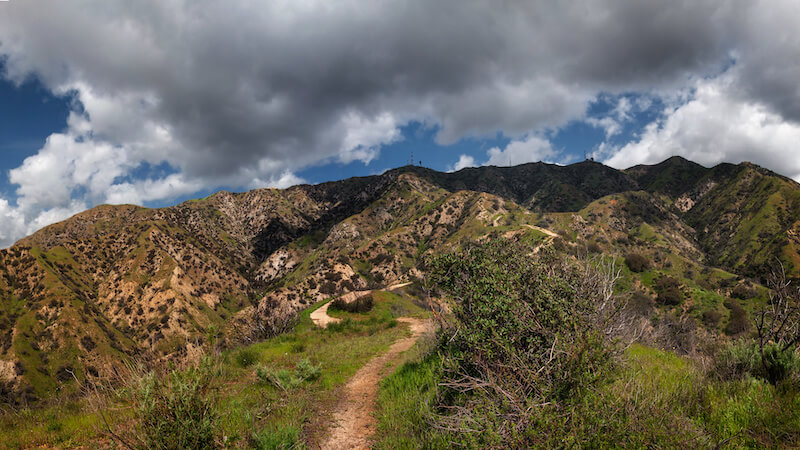 For some people, the biggest draw of the Shadow Hills community is the horses. In addition, there are a wide variety of things to do in Shadow Hills, including one of the many other outdoor activities that residents can take part in, spending time out at a favorite restaurant or bar or visiting one of the nearby attractions.

The Shadow Hills community has many nearby outdoor recreational areas for residents to enjoy. One of the most prominent of these locations is Verdugo Mountains Open Space Preserve, a 244-acre space on the north-facing flank of the Verdugo Mountains. Within the preserve is an extensive network of trails for use by the local population for various outdoor activities. Other hiking trails are in the area, with the West Shadow Hills Loop being one such example.

The Hansen Dam Recreation Area is a local stand out of the neighborhood parks near Shadow Hills. Facilities at the Hansen Dam site include golfing and equestrian activities and the Hansen Dam Aquatic Center, a 40-acre water recreation facility.

People living within Shadow Hills also have a variety of restaurants, breweries, and bars to choose from when spending a day or night out on the town.

The Ranch Side Café offers a diverse collection of breakfast, lunch, and dinner items. The Lincoln Beer Company is a brewery located within the city limits of Burbank to the south. Other area breweries include the San Fernando Brewing Company and Shadow Grove Brewing. Local bars include The Rattler, located in Sunland-Tujunga, CA; The Burbank Pub in Burbank, CA; and The Crow's Nest Sports Grille in Tujunga.

Other things to do in the Shadow Hills region include visiting a variety of nearby attractions. These run the gamut from studio tours to visiting area theme parks and more historic locations. Residents have a large selection to choose from for studio tours, including a tour of The Walt Disney Studios, Warner Bros. Studio, or Universal Studios Hollywood.

Or, locals could spend a day at the Disneyland Resort in Anaheim to the southeast. Another great place to visit is the Griffith Observatory, located in Griffith Park, found in the heart of Los Angeles. Also found at Griffith Park is the Los Angeles Zoo, which contains more than 1,400 animals.

Educational opportunities for Shadow Hills' residents are abundant. The community is located within the Los Angeles Unified School District. Some Shadow Hills students travel to school in Sun Valley, Pacoima, or Tujunga.

While there are colleges throughout the Southern California area, a few are within easy driving distance from the Shadow Hills community. The closest of these is Woodbury University, a private university located in Burbank, CA. Other colleges close to Shadow Hills include West Coast University, Los Angeles Valley College, and Glendale Community College.

Shadow Hills Offers Residents a Laid Back and Peaceful Lifestyle

A close connection to its rural roots makes Shadow Hills one of the best places to invest in Los Angeles County real estate. The area fits well within the lifestyle of outdoor living with easy access to all of the amenities of the Southern California region.

Whether someone wants to spend a day in the hills riding one of the area's many horses or travel into Los Angeles for a quick bite at one of the area restaurants, Shadow Hills has all of the bases covered. With many beautiful vistas viewable from the area's nature trails, residents can enjoy all that the site has to offer.

Add to that the many great job opportunities available, and it's no wonder that Shadow Hills is one of the more sought-after locations to own a home in the Los Angeles area. Best of all, Shadow Hills offers its residents plenty of room to spread out and enjoy themselves while providing maximum privacy.

If you're looking to make your home in Shadow Hills, contact The Brad Korb Real Estate Group with LA Homes at (818) 953-5300 to discover your Shadow Hills dream home today.